Skype
Skype (/ˈskaɪp/) is an application that provides video chat and voice call services. Users may exchange such digital documents as images, text, video and any others, and may transmit both text and video messages. Skype allows the creation of video conference calls. Skype is available for Microsoft Windows, Macintosh, or Linux, as well as Android, Blackberry, and both Apple and Windows smartphones and tablets.Skype is based on a freemium model. Much of the service is free, but Skype Credit or a subscription is required to call a landline or a mobile phone number. At the end of 2010, there were over 660 million worldwide users, with over 300 million estimated active each month as of August 2015.At one point in February 2012, there were thirty four million users concurrently online on Skype.

Skype allows users to communicate over the Internet by voice using a microphone, by video by using a webcam, as well as with instant messaging. Skype-to-Skype calls to other users are free of charge, while calls to landline telephones and mobile phones (over traditional telephone networks) are charged via a debit-based user account system called Skype Credit. Some network administrators have banned Skype on corporate, government, home, and education networks,citing such reasons as inappropriate usage of resources, excessive bandwidth usage, and security concerns.

Skype originally featured a hybrid peer-to-peer and client–server system.[28] Skype has been powered entirely by Microsoft-operated supernodes since May 2012.The 2013 mass surveillance disclosures revealed that Microsoft had granted intelligence agencies unfettered access to supernodes and Skype communication content.

Anydesk
AnyDesk was designed from the ground up to be ground breaking. At its core is DeskRT, a new video codec that is specifically designed for graphical user interfaces. That’s why AnyDesk is one leap ahead.

Features
No Borders
No Lags
No Limits
Secure
Versatile
LightWeight

Remote Access
Remote access is the ability to get access to a computer or a network from a remote distance. In corporations, people at branch offices, telecommuters, and people who are travelling may need access to the corporation’s network. Home users get access to the Internet through remote access to an Internet service provider (ISP). Dial-up connection through desktop, notebook, or handheld computer modem over regular telephone lines is a common method of remote access. Remote access is also possible using a dedicated line between a computer or a remote local area network and the “central” or main corporate local area network. A dedicated line is more expensive and less flexible but offers faster data rates. Integrated Services Digital Network (ISDN) is a common method of remote access from branch offices since it combines dial-up with faster data rates. Wireless, cable modem, and Digital Subscriber Line (DSL) technologies offer other possibilities for remote access.

Features
Connection to a data-processing system from a remote location, for example through a virtual private network
Remote desktop software, refers to a software or an OS feature allowing applications to be run remotely on a server while being graphically displayed locally
Terminal emulation – when used to interface with a remote system. May use standard tools like:
Telnet, software used to remotely control a computer system
ssh, secure shell often used with remote applications
Activation of features of a business telephone system from outside the business’s premises
RemoteAccess, a DOS-based bulletin board system
Remote Database Access, a protocol standard for database access

Mikogo is also available for Linux, in addition to the already existing Windows and Mac clients. There is also a web client but it lacks most of the Mikogo features so it can only be used for viewing.

Mikogo can be used for web conferencing, online meetings, Presentations or remote support and comes with built-in file transfer and chat features. It doesnt come with native audio conferencing but it does support it through regular phone calls. For more info, see the Mikogo audio conferencing page.

History
On March 11, 2009, Mikogo announced the release of its free software for the Mac.The release of the Mac version enabled Mikogo to function as a cross platform screen sharing tool.In June 2009, Macworld UK posted a review on their website and gave Mikogo an Editor’s Choice 4-Star Award, complimenting the software for its cross-platform screen sharing, features and security. 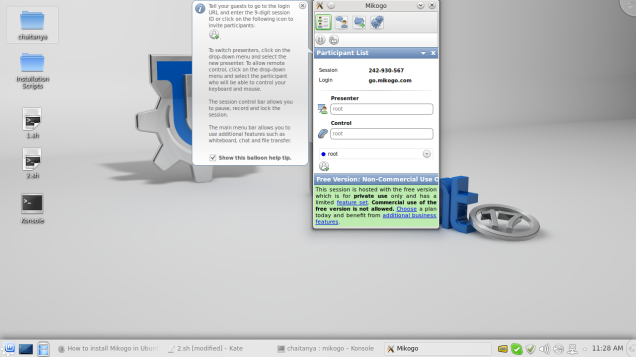 Team Viewer
Team Viewer is the most popular application that is mostly used to connect to any remote desktop around the world from your own system. Besides remote controlling TeamViewer can be used for desktop sharing, online meetings, web conferencing and file transfer between computers. This application is available for Windows, Mac, Linux and Android operating systems along with Windows Phones. 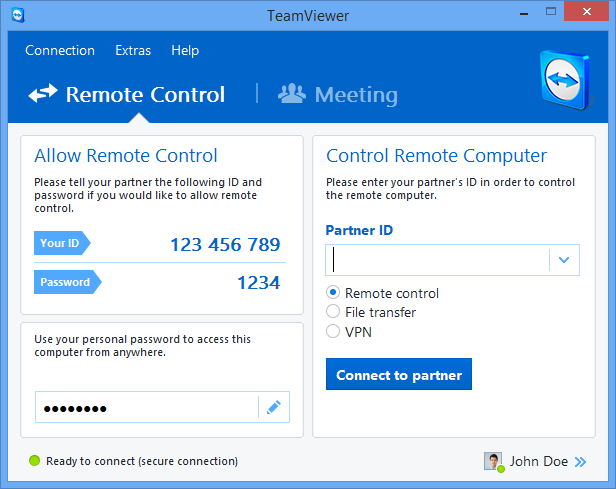